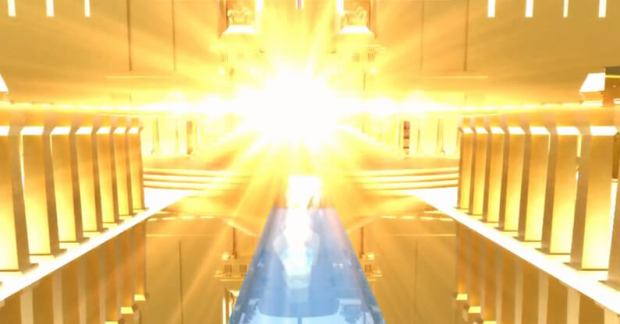 One voice, many ears
Souls share united vision
Many minds, one voice

This is what the Bible says:

Matthew 5:29
If your right eye causes you to stumble, gouge it out and throw it away. It is better for you to lose one part of your body than for your whole body to be thrown into hell.

Matthew 5:30
And if your right hand causes you to stumble, cut it off and throw it away. It is better for you to lose one part of your body than for your whole body to go into hell.

Matthew 18:9
And if your eye causes you to stumble, gouge it out and throw it away. It is better for you to enter life with one eye than to have two eyes and be thrown into the fire of hell.

Matthew 23:15
“Woe to you, teachers of the law and Pharisees, you hypocrites! You travel over land and sea to win a single convert, and when you have succeeded, you make them twice as much a child of hell as you are.

Matthew 23:33
“You snakes! You brood of vipers! How will you escape being condemned to hell?

Mark 9:43
If your hand causes you to stumble, cut it off. It is better for you to enter life maimed than with two hands to go into hell, where the fire never goes out.

Mark 9:45
And if your foot causes you to stumble, cut it off. It is better for you to enter life crippled than to have two feet and be thrown into hell.

Mark 9:47
And if your eye causes you to stumble, pluck it out. It is better for you to enter the kingdom of God with one eye than to have two eyes and be thrown into hell,

Luke 12:5
But I will show you whom you should fear: Fear him who, after your body has been killed, has authority to throw you into hell. Yes, I tell you, fear him.

James 3:6
The tongue also is a fire, a world of evil among the parts of the body. It corrupts the whole body, sets the whole course of one’s life on fire, and is itself set on fire by hell.

2 Peter 2:4
For if God did not spare angels when they sinned, but sent them to hell, putting them in chains of darkness to be held for judgment;

Friends, the post which follows was written following the events in Orlando last summer – I didn’t have the courage of my convictions to post it at the time partly as I know Christian friends, US citizens, who felt very strongly about their constitutional right to own guns. After the events in Las Vegas this past weekend, I cannot hold back publishing any longer. For ‘Orlando’ you could easily read ‘Las Vegas’.

God help us all.

Friends in the USA, what follows is not my usual style of post, but the events in Orlando on Sunday, and the reaction I have seen to this atrocity both in the media and amongst the blogging community have prompted me to write. I have paused 24 hours, I have considered the fact that this is a highly emotive subject in your country, and that many who read this will continue to fiercely defend their constitutional right to own firearms. My only intention is to invite pause for thought, although my hope is that highlighting these shocking statistics will apply that thought to action.

I have read clichéd suggestions that “guns don’t kill, people do”. The evil in men’s hearts is certainly the ultimate cause of this and other gun-related murders; but why would you allow the evil in a maniac’s heart to be coupled with a lawfully-purchased murderous weapon in his hands?

My thoughts and prayers are with the families of the victims, the city of Orlando, and a nation which, I would humbly suggest, cannot continue to ignore the appalling impact of guns on its society.

The type of AR-15 rifle that terrorist Omar Mateen used to kill 49 people and wound dozens more in Orlando has has been used in multiple shootings during this decade alone, yet the military-inspired semi-automatic rifle designed for civilian use is perfectly legal in most states. 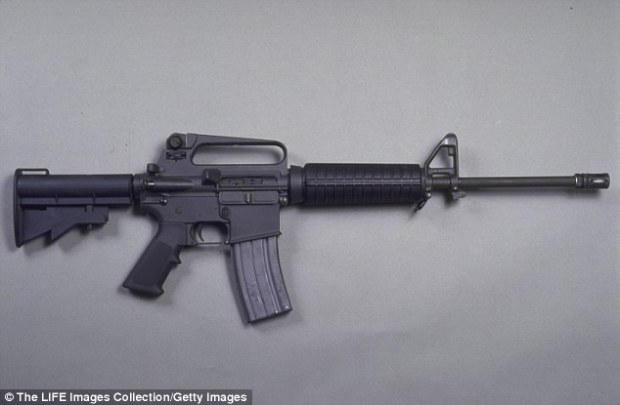 Mateen was armed with a .223-caliber AR-15-type rifle and a 9mm semi-automatic pistol – both legally purchased – when he opened fire at the Pulse club in Orlando early Sunday morning.

FACT: The US spends more than a trillion dollars per year defending itself against terrorism, which kills a tiny fraction of the number of people killed by ordinary gun crime. According to figures from the US Department of Justice and the Council on Foreign Affairs, 11,385 people died on average annually in firearm incidents in the US between 2001 and 2011. In the same period, an average of 517 people were killed annually in terror-related incidents. Removing 2001, when 9/11 occurred, from the calculation produces an annual average of just 31.

The AR-15 rifle is the civilian version of the fully-automatic M16 used by soldiers in the Vietnam War. Unlike the M16, users must pull the trigger every time they want to fire a shot. The most common versions of the AR-15 have been banned in a handful of states, including California.

FACT: There were 64 school shootings in 2015, according to a dedicated campaign group set up in the wake of the Sandy Hook elementary school massacre in Connecticut in 2012 (including occasions when a gun was fired but no-one was hurt).
Source: Everytown for Gun SafetyResearch

The National Shooting Sports Foundation, which represents gun manufacturers, said there are five million to 10 million AR-15 rifles in the U.S., a small percentage of the 300 million firearms owned by about a third of the US population. That is nearly enough guns for every man, woman and child in the country.

An AR-15 model was used by married couple Syed Rizwan Farook, 28, and Tashfeen Malik, 29, when they killed 14 people and wounded nearly two dozen others at a work Christmas party in San Bernardino, California, last December. Police recovered two .223-caliber AR-15-type semi-automatic rifles after the couple died in a shootout with officers.

An AR-15-type firearm was used by 20-year-old Adam Lanza in the Sandy Hook Elementary School shooting in Newtown, Connecticut, which shocked the nation in December 2012. Lanza fatally shot his mother, Nancy, who legally obtained the firearms, at their home before he killed 20 children and six adult staff members at the school.

“It was designed for the United States military to do to enemies of war exactly what it did [in Orlando]: kill mass numbers of people with maximum efficiency and ease,” said lawyer Josh Koskoff, who is representing families of the Sandy Hook victims in a lawsuit, when interviewed by the New York Daily News.

That shooting renewed the gun debate in the USA, and led to calls for a ban on sales of AR-15-type firearms.

However, sales went through the roof, and the National Rifle Association boasted that its membership surged to around five million.

FACT: So many people die annually from gunfire in the USA that the death toll between 1968 and 2011 eclipses all wars ever fought by the country. According to research by Politifact, there were about 1.4 million firearm deaths in that period, compared with 1.2 million US deaths in every conflict from the War of Independence to Iraq.
Source: Politifact

‘He shall judge between the nations,
and shall decide disputes for many peoples;
and they shall beat their swords into ploughshares,
and their spears into pruning-hooks;
nation shall not lift up sword against nation,
neither shall they learn war any more.’
– Isaiah 2:4

You rescued me
And I will stand and sing
I am a child of God.’

Loving each other,
Let us stop passing judgment –
Instead, encourage

written in response to this week’s prompt at Haiku Horizons, drawing inspiration from the text of Romans 14:13

‘Death could not hold You, the veil tore before You
You silenced the boast, of sin and grave
The heavens are roaring, the praise of Your glory
For You are raised to life again

The challenge for the final day of Na/GloPoWriMo2017 was to write a poem about something that happens again and again.

written in response to The Daily Post prompt – “blanket”, inspired by Exodus 16

written in response to today’s prompt at The Daily Post, and in spired by Isaiah 11:1